It’s with deep sadness that we inform you that - due to the recent extension of international travel restrictions into Canada until 30 June - Springboard Danse Montréal and Countertechnique have had to cancel the OBOC Montréal 2020. The One Body, One Career Intensive is scheduled to be back in Montréal in 2021; program details will be announced later in the year.

The OBOC Intensive is for professional dancers and advanced dance students interested in pursuing a long, healthy and successful career in dance. First-time participants will gain a detailed introduction to the distinct elements and methodology that form Countertechnique, while returning participants will have the opportunity to deepen and expand their understanding. Through physical practise, theory, discourse and creative workshops, participants will gain a set of practical tools that they will be able to draw from and apply in their daily dance practice and through performance seasons.

The 2020 OBOC Intensive in Montréal will run for twelve days, from Monday to Saturday (half days on Saturday). In addition to daily Countertechnique classes and Practical Tools sessions, Countertechnique Founder Anouk van Dijk will invite you into her creative process, and Senior Teacher Niharika Senapati will share improvisation and performance strategies within the context of Anouk van Dijk’s choreographic work for Chunky Move. Tom Koch will share his unique approach of Alexander Technique for dancers, in both plenary and individual sessions. Countertechnique Teachers Kira Blazek Ziaii and Joy Davis will each teach one week during the OBOC, delivering Countertechnique classes and workshops, and Kira will be staging a section from one of Anouk van Dijk’s recent choreographies. The OBOC will conclude with a shared presentation of the various workshops.

The OBOC operates in an intimate setting and across three groups offers spots up to 75 participants. The OBOC draws a diverse mix of participants from all over North America, as well as Europe and Australia. The OBOC is the ultimate opportunity to immerse yourself in Countertechnique, and also an amazing event to meet new dancers, teachers and choreographers, who are interested in pursuing long careers and who love dancing!

Due to the limited number of places, candidates are asked to submit a personal motivation statement and CV for consideration in PDF format, together not exceeding two pages. An additional online dancer's reel is required, which should include footage shot in a studio (improvisation or choreography). Applications are assessed on level and motivation.

The OBOC will be held at the spacious and bright studios of UQAM (Université de Québec à Montréal), located in the centre of Montréal. All participants are responsible for arranging their own housing, but options to explore will be provided by the organisation. Housing in Montréal is cheap compared to many other major cities in North-America.

Due to limited organisational resources, we will be unable to answer all of your questions individually. For that reason, we’ve compiled an extensive FAQ page, with literally all the questions we thought you might have. This page will also provide you with all relevant conditions applicable to the program. All participants are expected to have read the information on this page prior to applying. Find the FAQ page here.

Anouk van Dijk is a choreographer, artistic director and the creator of the movement system, Countertechnique. From 2012-2019, she was the Artistic Director of renowned contemporary dance company Chunky Move in Melbourne, Australia.

Anouk van Dijk spent the first ten years of her career as a lead soloist for Rotterdam Dance Company and Amanda Miller’s Pretty Ugly Dance Company. From early on, she was attracted to choreography and from the late nineties committed herself exclusively to the conception, creation and performance of her own work. In 1998, Van Dijk founded her own company, anoukvandijk dc, dedicated to creating work that sought to provide an insight into the many facets of the human experience through the lens of contemporary dance. From 2012-2019, she was Artistic Director of dance company Chunky Move in Melbourne, Australia, where she created several large scale productions, amongst others An Act of Now (2012), Complexity of Belonging (2014, with Falk Richter), Depth of Field (2015), Rule of Thirds (2016), Common Ground (2018). She has also created several works in collaboration with writer/director Falk Richter for Schaubuehne Berlin, Schauspiel Frankfurt and Duesseldorf Schauspielhaus. In her career Anouk van Dijk has created more than thirty full-length works that toured to the world’s leading festivals and venues including Festival d’Avignon, Adelaide Festival, Sydney Opera House, Schaubuehne Berlin, Dance Triennale Tokyo, American Dance Festival, SPRING International Performing Arts Festival and Festival. Her most recent work, Distant Matter, was commissioned by Staatsballet Berlin in 2019; she will create a new work for the Müncher Kammerspiele (Germany) in 2020, in collaboration with Falk Richter. Read more about Anouk in this interview. 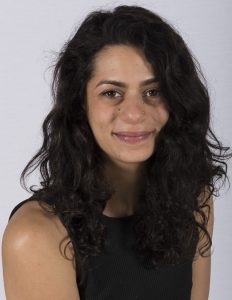 Niharika Senapati has been performing and touring with Chunky Move since 2012, working closely with Artistic Director Anouk van Dijk as a dancer in almost all of her choreographies, most notably An Act of Now (2012), 247 Days (2013), Depth of Field (2015), Rule of Thirds (2016), Anti—Gravity (2017) and Accumulation (2018). She was also Choreographic Assistant for Anouk van Dijk’s two most recent collaborations with theatre director Falk Richter, Complexity of Belonging (2014) and Safe Places (2016). As a freelance performer, Niharika has had an extensive list of creative collaborations as a performer, most recently in the work Trustees by the Belarus Free Theatre for Malthouse Theatre (2018) and Replay by Eszter Salamon (2018).

Alongside performing, Niharika is a Senior Countertechnique teacher, teaching extensively around the world. She has taught nationally all throughout Australia, as well as in the USA, India and Germany. Niharika is also a sound designer, and creates her own work as an emerging choreographer, presenting IMAGINATION/VACATION (2017), Follow your Dreams (2017) and POSITIVE Reinforcement (2018). Read more about Niharika in this interview. 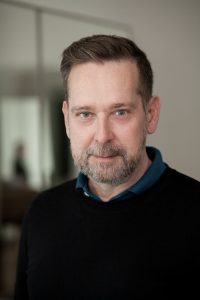 Certified Teacher of the Alexander Technique

Tom Koch pursued his Bachelor of Arts in Theater, with a minor study in History of Science, at University of Missouri-Kansas City. After being certified to teach in 1987 by the American Center for the Alexander Technique in New York, he was a pioneer in integrating the Alexander Technique with ballet movement and education, particularly for resolving chronic pain and repetitive injuries. He was for years the Alexander Technique teacher for William Forsythe’s groundbreaking Ballet Frankfurt (later the Forsythe Company). He has also taught group and private lessons for Netherlands Dance Theater, Tanztheater Wuppertal (Pina Bausch), the Dutch National Ballet, Sydney Dance Company, Chunky Move, La Biennale di Venezia College Danza, Codarts University, L’Artère, Studio 303, Henny Jurriëns Studio in Amsterdam, and many others. For twelve years, he has collaborated with his former student Anouk van Dijk to teach the annual One Body, One Career Intensive for dancers, first in Amsterdam and most recently in Melbourne. His work is not limited to dance, but includes a wide range of artists in all forms of dance, music and theater. He also has taught the technique to doctors, writers, scientists, secretaries, architects and police agents. In recent years, his private practice focuses mainly on helping those with chronic pain find improved movement and living strategies. Read more about Tom on his website. 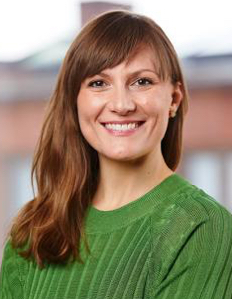 Her initiative joyproject produced seven collaborative and location-based dance evenings since it began in 2006. She was a Chicago Dancemakers Forum (CDF) Greenhouse Artist, a Choreographic Resident at the Workspace for Choreographers in Virginia, and has premiered further work through various presenters in Boston, Chicago, Nashville, Seattle, Philadelphia, and San Diego. Joy received an M.F.A. in choreography and performance from Smith College under the mentorship of Angie Hauser and has since taught as a visiting faculty member at Smith College, Wesleyan University, and Harvard University. Read more about Joy in this interview.

Kira Blazek Ziaii is an American performer, choreographer, and educator on faculty at University of North Carolina School of the Arts.  She holds a BFA from Oklahoma University and an MFA from California Institute of the Arts. Kira began studying Countertechnique with Founder Anouk van Dijk in 2005 and completed two Countertechnique Teacher Training (CTTT) certifications in 2012 and 2016. She has been teaching Countertechnique across the USA since 2012 at amongst others American Dance Festival (Durham, NC), Gibney Dance (New York), Sarasota Contemporary Dance, Diavolo, and BODYTRAFFIC.

In 2007, she began her career dancing for Hubbard Street 2 (Chicago), performing works by choreographers such as Robert Battle, Edward Liang, Christian Spuck, and worked closely with choreographers Yarden Ronen, Julian Barnett, Janice Lancaster, and Amy Raymond. After two seasons with HS2, she relocated to New York City, where she danced for Douglas Dunn & Dancers, becoming both rehearsal director and company manager. Additional professional credits include dancing works of: Christopher Williams, Sally Silvers, Bill Young, Pilobolus Creative Services, and Susan Marshall among others. In 2009, she guested with anoukvandijkdc in the New York premier of SHOT, as part of the New Island Festival and studied periodically with her company in Amsterdam, as well as taking the One Body/One Career Intensive in 2006, 2009. From 2011-2013, she danced for Shen Wei Dance Arts, performing Rite of Spring, Limited States, and Near the Terrace, as well as participating in the creation and performances of Undivided Divided. Read more about Kira in this interview.

“Dance finally feels like I’m doing it for me again.” – Nicole Smith

“The program was so amazing. … I haven’t smiled whilst dancing in so long.” – Ashley Allen

“I feel like a completely different dancer” – Kristen Ahring

“It will have a tremendously positive impact on my dancing in all forms.” – Emily Hansel

“it has been lifechanging for me as a dancer” – Madeline Burr

“These tools are a way for us to trust in ourselves, the process + the overall beauty of movement.” – Madison Elliott

“This program has helped me realize that I have more years of dance left in me than I thought.” – Travis Cooper

“new hope for the future of dance” – Shelley Cochrane